In a Park Trades Center look alike, on the upper floor, three watchful figures stop as if interrupted. Moving in opposite directions they seem unaware of each other despite the implications of their attire. Her apparel resembles an entertainer and his a director with military overtones, while the man in red, (perhaps his alter ego) with boutonniere, is destined for some unknown official duty.

The office remains an active mystery with slatted shelves mimicking her ruffled skirt, creating movement and little else. Pictures – perhaps of other stars, act as decorations or memories. And a man with one glove almost touches a woman with one long sleeve. 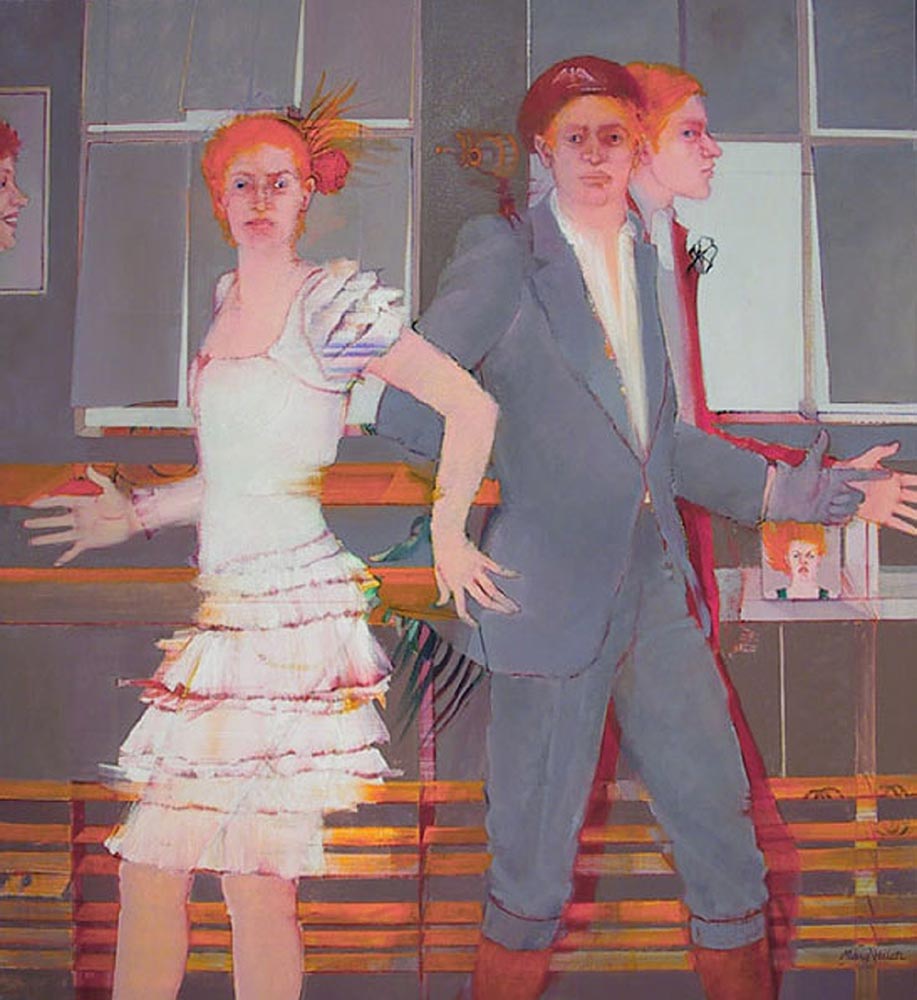