A young man stands in the midst of chaos. Pictures of his ancestors hang on the wall and his childhood swirls at his feet. On the edge of maturity, his past is disappearing and the future is uncertain. “The Ancestors” is about this passage and all such passages in life.

The early stages of this painting coincided with a beautiful and poignant movie titled “The Last Emperor”. The film tells the story of the young emperor of China whose protected and orderly world irrevocably changes after a revolution. Suddenly, he must become an ordinary citizen in a time excruciatingly different from his past and we see his anguished journey through a maze of unfamiliar choices.

The color and lush oriental beauty of palace life, in the film, reminded me of my Japanese kimono. It is made from crimson silk and patterned with white floating flowers, which eventually found their way into the painting. The result is a confusion of flowers joined by toys that move about the hesitant figure, like thoughts and feelings, as he contemplates his future. 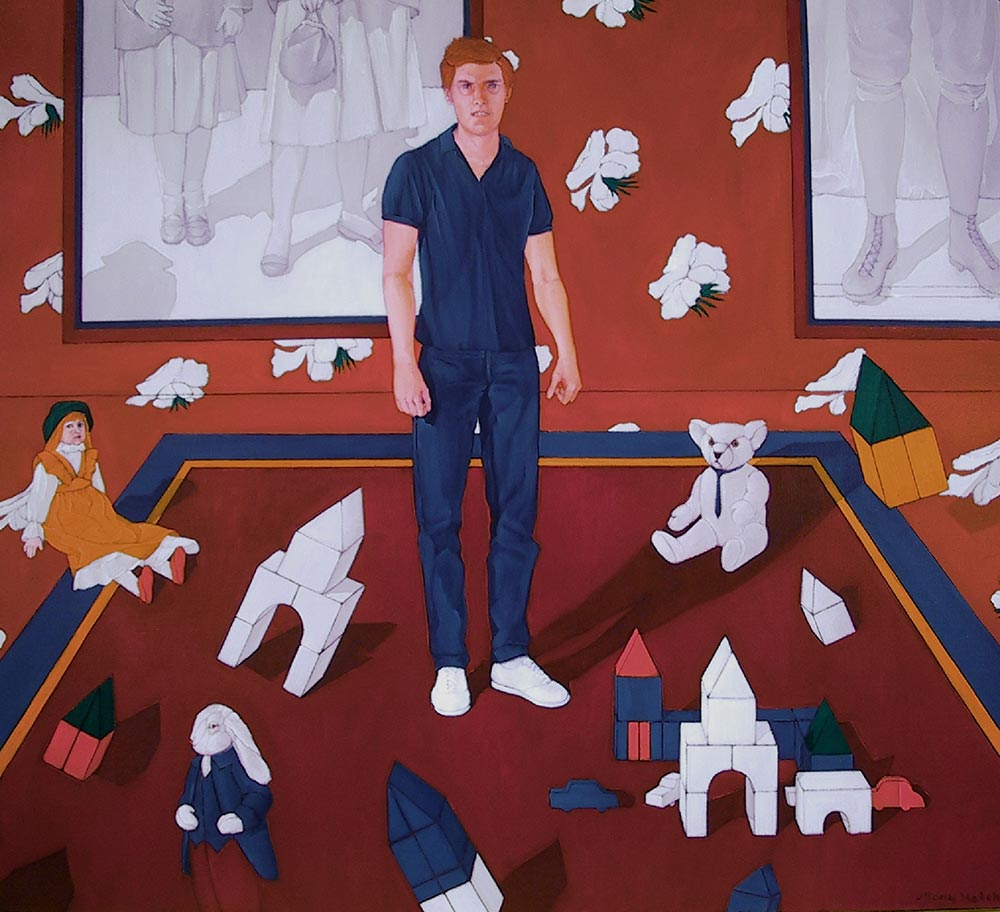