The arrival of my friend’s new baby girl reminded me that above all else parents want to protect their children. A world that once seemed quite ordinary begins to reveal threats at every turn. Giant chairs to hold the kings and queens, if fairy tales are to be believed. The ones in charge – are they to be trusted? A chair with spikes – what does that mean? So ever vigilant they must remain, these moms and dads, like sentries posted high above the crowds, deceptively alert and wary.

A mother stands with arms extended as if to protect her new babe from the docile landscape. The spidery blue chairs however appear to be the real threat – oversized & just right for a king & queen which of course can only act as a metaphor in this country. At this time certain politicians & organizations were successfully misleading the press & the public by publicizing edgy & provocative work which was partially supported by the National Endowment for the Arts. And they succeeded in destroying one of its best programs the Individual Artist’s grants on both the state & national levels. So I was feeling anything but friendly -thus the spikey chair to remind them that the seat of power is a serious responsibility & not a game to be played for political advancement.

The models for Princess were my friend Karen French-Hall & her adorable daughter Dana who is now a beautiful grown-up girl. 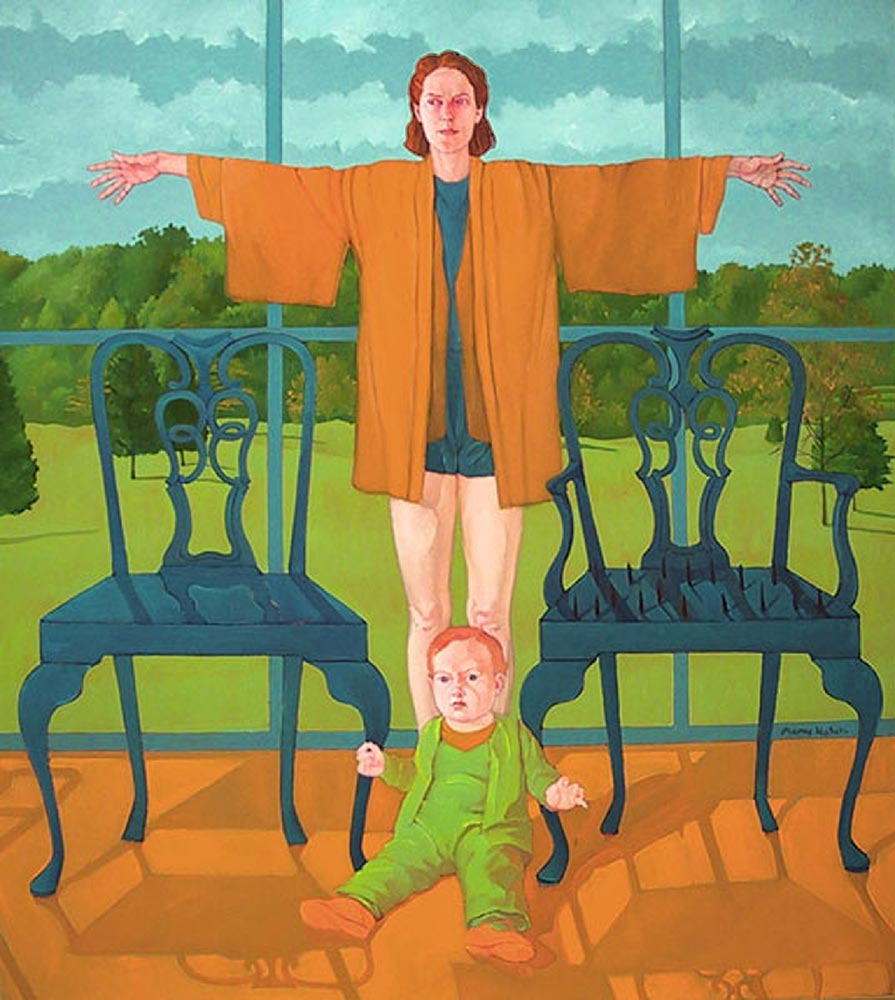