I started this painting with a photo of my friend’s mother in her wedding dress along with her sister as her maid of honor. Brides have quite persistently found their way into my paintings refusing to leave me alone – always a sign that something needs to be said. So not surprisingly this evolved into a series of paintings based on wedding photographs – not portraits, but evidence of how society & rituals change over time. Brides today are still traditional in many ways but also quite unique & different too. This painting isn’t specifically part of that series but it’s still connected.

The bride in this painting has been transformed onto a young woman attending her first ball – with a chaperon of course. Her mask appeared quite magically by accident during the painting process. Like writers of novels say – at some point a character begins to take over & lead the way. It now looks like she’s hiding behind her mask & standing both behind & in front of the window a little bit hesitant to enter as her chaperon begins to fade into the wall. And a bird flies past perhaps representing a part of her that’s also disappearing and the flowers on her gown are now reduced to lines as some even escape along the edges.

I think this painting is about new experiences in life – both good & bad – where there are always losses & gains. 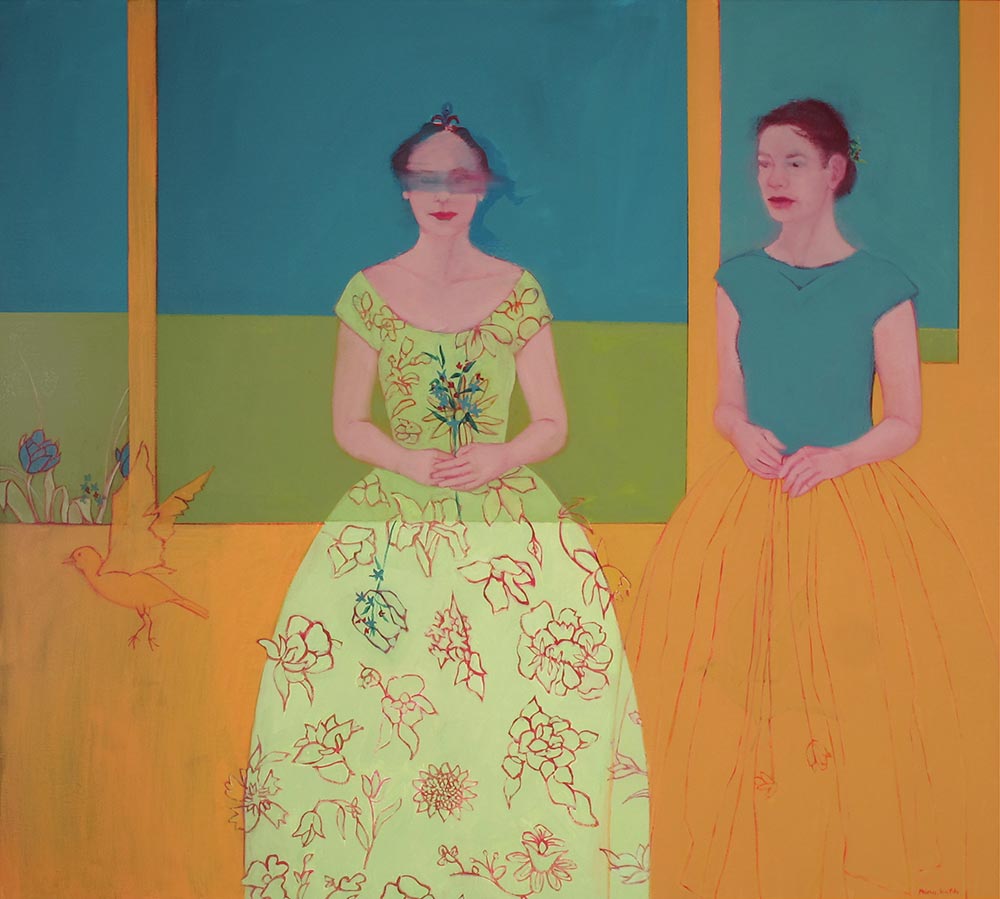