The Bride’s Day Off

In the 80’s my work often revolved around social issues. Listening to the radio all day, while I painted, it was impossible not to hear the many voices discussing every topic imaginable and relationships were always front and center. From a distance it all seemed like a game, whether nations or individuals were involved. So the sight of a Tigers baseball cap resting enticingly atop a mannequin head in my studio launched a symbolic exploration of one of our favorite relationships – marriage.

With the baseball cap centered squarely between two figures, presumably the bride and groom, along with a doll and a game-board floor it appears that “the game is afoot”. One player, the bride, in doll like stance and similar costume, is following her traditional role as she attempts to communicate. The groom, who also plays his prescribed role, is silent. They haven’t noticed yet that the game, played out through generations, is about to change as the doll/bride tumbles from her perch silently announcing a new era. 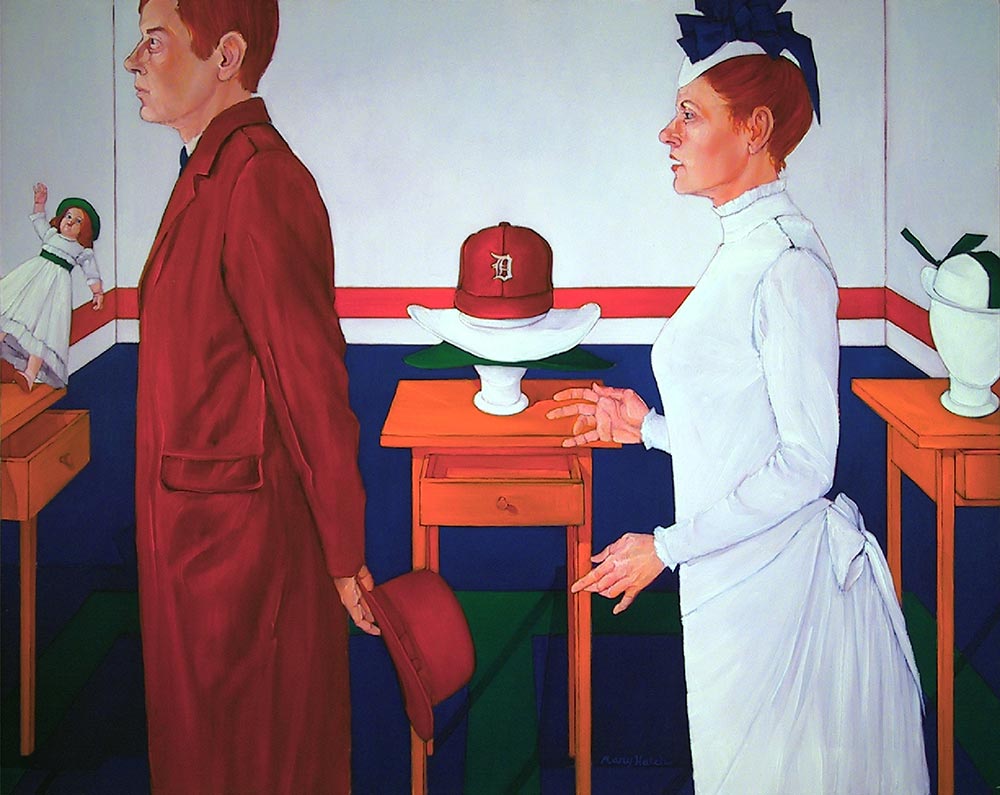